by Anthony Escujuri July 08, 2018
The Rat History Chronicles
Chapter One: A Land Before Time
We’ve all been waiting, and it’s finally here. It’s time to let those angelic little ratties out of their cages and celebrate the first ever Rat History Month. Here at iGotRats.com we could not be any more delighted to sponsor this momentous occasion. For the next several weeks, Rat Talk will be delving deep into the historic and prehistoric events that brought rats into our lives. Get ready because it’s going to be a wild ride.
I believe it’s best we start at the beginning. Recently archaeologists have found the remains of a creature hypothesized to be the oldest known common ancestor to all placental mammals, and to their astonishment it looks unmistakably like a rat:

Rats, humans, and even whales evolved from a creature much like the one shown in the composite drawing above. The fossils of this tiny, ancient beast were found deep in the cliffs of Dorset on the southern coast of England and are dated to 145 million years ago. Scientists refer to this ancient group of mammals as eutherians and explain that they lived in a  diverse environment of dinosaurs, lizards, frogs, fish, and turtles (1). The asteroid impact that killed the dinosaurs also rendered most mammals extinct. Marsupials had a 90% loss in diversity, but amazingly only 15% of eutherians lineages were affected. The survival of the eutherians can not be attributed to their size or diet because many animals of the same size and with the same diet went extinct (2). I believe it was their smart little rattie brains that kept them alive and kicking. As the earth recovered from the devastating impact, the eutherians flourished evolving into the countless species that dominate the earth today, including us and our beloved pets (2). Isn’t it fascinating how the history of rats and humans is so intertwined? We evolved from creatures very similar to the modern rat, yet many in our society have no respect for these ancestors. Some even deny that we have non-human ancestors. Personally, I worship the early eutherians, the God Rats, and I am not alone. In the Karni Mata Temple of Rajasthan, India rats are the subject of reverence and worship. The temple, which contains over 25,000 rats, dates back to the early 1400’s and continues to draw visitors from around the world to pay their respects. It is believed that the Hindu god Karni Mata was reincarnated in the form of these holy rats. Check out this video about the temple: https://www.youtube.com/watch?v=2OOs1l8Fajc. The rats are treated as sacred beings. “Eating food that has been nibbled on by the rats is considered to be a ‘high honor’. If one of them is killed, it must be replaced with another one made of solid silver” (3). Outside of the temple, rats are still treated as they are in western society, with disgust, but worshipers inside of  the temple believe that embracing a taboo is an act of faith, so their is no barriers between the humans and rats. The worshipers play and eat with these wild rats ignoring the possibility of contracting a disease. It reminds me of when I let my rats out of their cage each evening. I become one with my rat. Well, I hope you have all enjoyed the first installment of the Rat History Chronicles. Stay tuned for more. Say “hi” to your rats for me!
https://en.wikipedia.org/wiki/Karni_Mata_Temple 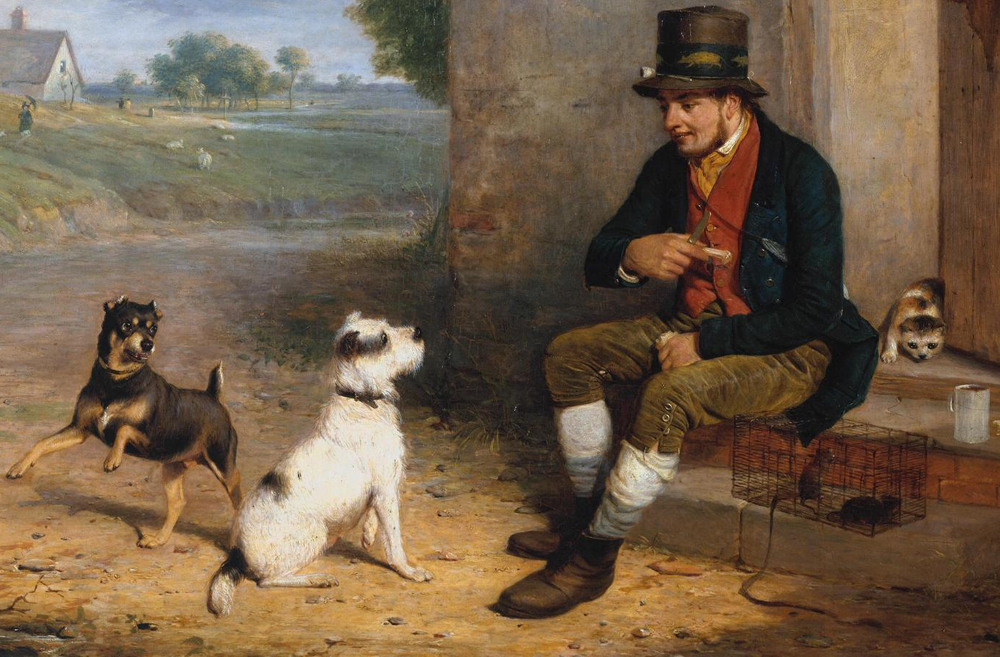